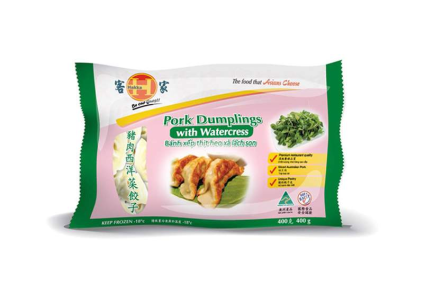 These fresh-flavoured dumplings make no compromises with technique or presentation with their wholesome cuts of pork unified with crisp watercress.