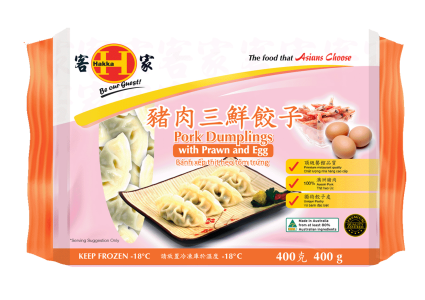 A delectable blend of pork, prawn and egg encased in a unique pastry. Dip them in vinegar for that extra burst of flavour!