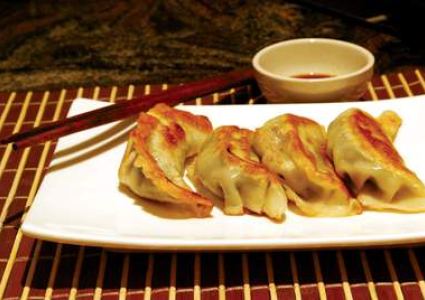 Bite into these delicate pastry crescents for a celebration of juicy pork & bok choy for a splendid starter! Dip them in vinegar for an extra punch!