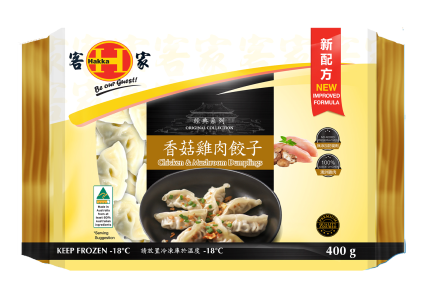 Filled with tender chicken and succulent mushrooms seasoned with ginger and soy sealed in a delicate pastry parcel. Our Chicken Dumplings with Mushrooms can be pan-fried, boiled or steamed.